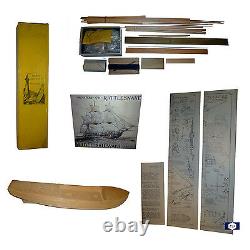 Brief History It was supposedly in 1781 that Rattlesnake was built as a privateer at Plymouth, Massachusetts for a Salem syndicate; John Andrews, and others. The Preble Papers in the Massachusetts Historical Society indicate that the designer and builder was John Peck of Boston.

She was first commissioned on June 12, 1781 with Master Mark Clark at the helm. This, however, is early in the year. Consequently, there is some question about the actual building date. It was along these routes that Rattlesnake met her fate when she was captured by British 44-gun H.

Rattlesnake was sent to England where she was taken into the Royal Navy and renamed Cormorant. Her hull lines were taken at the Plymouth Dockyard in 1782. Beyond that her history is not clear.

One source says she was used by the French as a privateer and named Le Tonnant, but this is not confirmed by any authority. Despite her moderate size, Rattlesnake was shiprigged and Impressive in appearance and feature beyond her broadside strength. Her molded displacement was 221.3 long tons. Kit History The Model Shipways Hull and Rigging plans for Rattlesnake were prepared in 1963 by Mr. Campbell, who passed away years ago.

Campbell was a noted British marine artist, author, naval architect, and historian. He was a member of the Royal Institution of Naval Architects. One of his most noteworthy publications is China Tea Clippers.

Campbell are based on Admiralty draughts and a reconstruction originally published by Howard I. The rigging and deck equipment is based on contemporary texts.

The Model Shipways kit of Rattlesnake initially offered a carved hardwood solid hull model this kit is the original design. Other Details Model Scale: 1:64 Length: 28" Height: 18" Construction Type: Solid Wood Hull Construction Condition Ranking : Good - Very Good Skill Level: Advanced Comments: Baseboard and Pedestals not included in the Kit. However; the content appears to be in a very good to excellent condition. This item is in the category "Toys & Hobbies\Models & Kits\Boats & Ships".